Posted at 18:34h in Saints by youngandcatholicng 0 Comments
0 Likes
Yesterday 6th July, we celebrated Saint Maria Goretti who has a very courageous story of Martyrdom. Born in Italy to a poor tenant farmer, she had no chance to go to school, never learned to read or write. After her father’s death, Maria assisted her hard-working mother by taking care of her five younger brothers and sisters. Maria’s family shared a house with the Serenlli family, including their son, 18-year-old Alessandro, whom Maria honoured as an elder brother.

In June 1902, Alessandro twice made sexual advances towards Maria, threatening to kill her if she told anyone. On a hot afternoon in July, Maria was sitting at the top of the stairs of her house, mending a shirt. She was not quite 12 years old, but physically mature. A cart stopped outside, Alessandro, ran up the stairs. He seized her, pulled her into a bedroom & told Maria that if she did not finally allow him to have sex with her, he would kill her. “No, God does not wish it,” she cried out. “It is a sin. You would go to hell for it.” She told him she would rather die than allow him to do what he wanted to do to her. In a rage Alessandro began striking at her blindly with a long dagger. He stabbed her 14 times! Miraculously, Maria survived for 24hrs after the attack and after having forgiven Alessandro, she died. 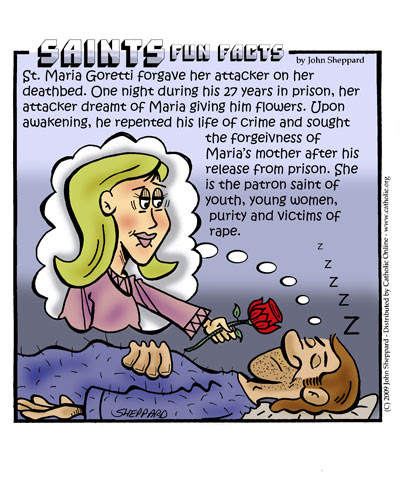 Alessandro was sentenced to 30 years in prison. For a long time he was unrepentant and surly. One night he had a dream or vision of Maria gathering flowers and offering them to him. His life changed. When he was released after 27 years, his first act was to go to beg the forgiveness of Maria’s mother. He went to live in the Capuchin convent of Macerata. Devotion to the young martyr grew, miracles were worked, and in less than half a century she was canonised. Pope Pius XII canonised Maria in 1950 in the presence of her mother, other members of her family and a 66-year-old Alessandro who knelt among the quarter-million people and cried tears of joy.

Before his death He left the following testimony, dated May 5, 1961, which bears witness to the importance of avoiding pornography and the negative impact of much of the media, so prevalent in our times. He stresses the happy lesson of avoiding evil and of always following the right path, like little children. 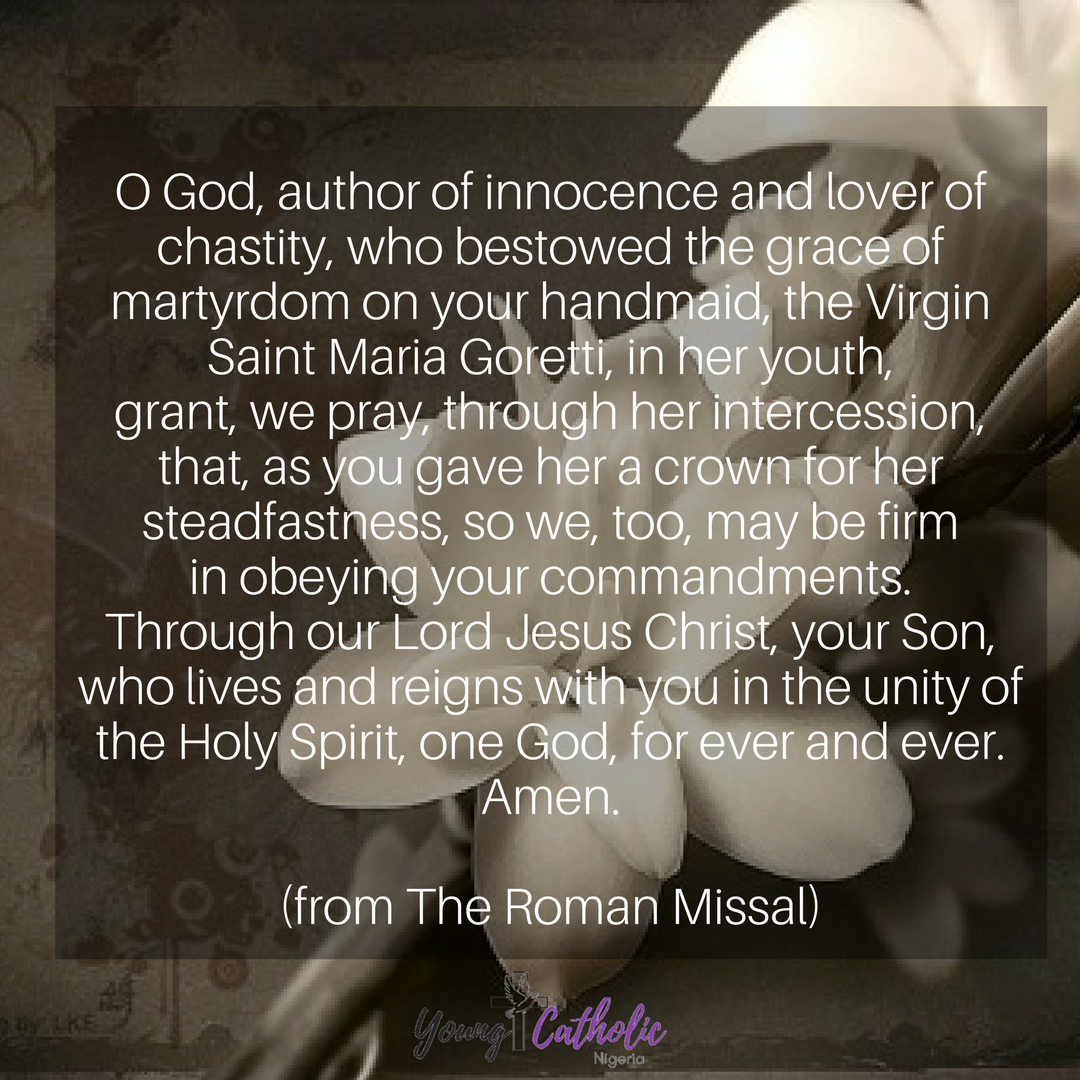